Glad to find this still here.

It has been since July 2017 since I have posted.

It appears that time has flown by, like a roller coaster with a full share of ups and downs.

I have a dog! I have wanted a dog for years, and now we have a green eyed yellow lab that fills my heart with joy.  She was born on Canada Day, and we travelled to Grand Forks to meet her at 4 weeks old, and to pick her up at 8 weeks old.  Funny when I crafted my last post, I had no idea we were going to add another family member!

I have no idea where to begin - in all likelihood I will try to do a bunch of revisionist history because I miss having the history of the books that I have read.  I find that it is a different way to track my head space gauging by what I read.

I had to take a moment to think, it is March! Almost the end of March. We aren't going to the island this Easter, and it feels strange, but I am so happy to be home this 4 day weekend, I couldn't imagine going anywhere, no matter how much I enjoy travelling to the island.  I know we will take our conference back to the island next April, we will head over then and make more of a trip of it.

What to say? Kids are older.  B is playing sledge hockey with the big boys, and I love this community.  They are a great bunch of folks.  C is going to play baseball this year instead of lacrosse, and Hockey 4 was a success - made some new friends, and Connor also had a boy pack.  His biggest decision will be whether or not he wants to be a goalie.  Today he says that he is done... we shall see. C is also playing 3 on 3 hockey, and Brandon will be playing wheelchair BB again until June.  It is weird how he falls in to a gap where there are very few kids his age/ability playing these sports.  Is it that there aren't many kids like him, or that they just don't know about sports like these and they CAN try it and maybe even do well at it.

Looking at pictures of my DH and I, we are definitely older.  More white hair, a few more lines, more life experience.  Concussions still suck.  K's recovery from the one in December 2016 is a long journey. We are no where towards healed, and it is hard to judge when he will truly start to feel like himself again.  So many doctor's appointments and it is hard to say which ones have truly been able to help him. We do not understand brain health enough, or how to recover from brain injuries.  This injury has impacted all of us, with K as the sun we all evolve around and try to support.

To say the last few years have been challenging is an understatement.

That being said, they have also been incredibly rewarding too.

Last year I got to Halifax, we got a dog, and we got to some amazing family weddings. This year I will get to travel to Montreal and Atlanta for work, and we just came back from San Juan Island where we celebrated our 12th wedding anniversary.

When you choose to look for both sides of the coin, you can find elements of balance, but it is work and a choice.

Well, this is a start. At least it doesn't say that the last post was July 2017.  Likely I will fill in the middle, even if it is just pictures of the books that I have read.
Posted by Kazzy at 11:05 PM No comments: 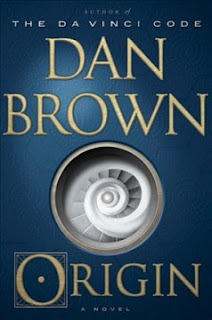 All stereotypes aside, I really enjoy the pace and the information Brown reveals in the Robert Langdon books.

How can you not stop and think about some of the items from any of the books in this series? It seems so much of what Brown describes is in clear sight of all of us, but many of cannot decode the hidden meanings behind images and history.

Fascinating book in to how the line between technology and humans is blurring in to a strange symbiotic relationship.

I think there are elements of this book I will ponder for a while in the back burner of my mind.
Posted by Kazzy at 11:07 PM No comments: 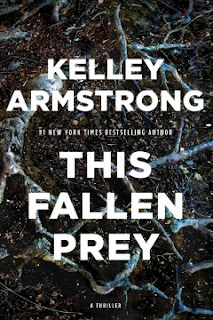 I struggled a bit to enjoy this book.

I am not sure if it was because I picked book 2 in a series of at least, or if it was my mood (maybe a little pissy and stressed), or if it was that the other series I have read by Armstrong caught me so fast, that this one was a bit anticlimactic?

Overall, it was okay. I didn't rush to read the next one in this series which I also ended up having out from the library.  Eventually I will return and start with book 1, and see if that makes a difference.

This is about a fictional place in the Yukon, where people can pay to disappear for a length of time.  Some people are in Rockton because of what they did, and other folks have to disappear because they got caught in crossfire and up in Rockton for totally different reasons.  Some interesting characters, just was not a page burner for me.
Posted by Kazzy at 11:11 PM No comments:

I wish Canada Day fell on any other day than today. Like tomorrow.  Not meaning I don't think that July 1st isn't a grand day to celebrate the birth of one's nation, but it just didn't work out for me or mine this year. Frankly, I was done today.  Really didn't want to see anyone except my family.  We didn't go anywhere, celebrate, or really do anything interesting.

Regardless, I am a proud Canadian, and Happy Canada Day! I am so grateful to have our home and our community, and to have been able to have a quiet day in our space.

I needed a quiet day of puttering around the house, putting things were they belonged, trying to make sense of things.

June is such a crazy month. If I used to get sick after exams in December, now it seems that June takes me out at some point.  In 2015 I believe it was Norwalk I got for the Canada Day weekend, this year it was a bought of bronchitis or pneumonia I caught on the plane ride home from Halifax.  Just not fair. I loved the east coast. It just didn't seem fair coughing on the plane, feeling that chest pain, knowing I was screwed.  Then the kids got some kind of stomach flu, and my DH was just done. Poof. There went another week.  That weekend didn't really exist in my books.

June is filled with so many wrap up events, and then we decided to host birthday parties for both boys. I am appalled at how terrible some of the parents were about RSVP.  Especially knowing that we were hosting GOOD parties that had dollar figures attached to them. I think some of those parents are wankers, and they have no idea how their lack of responses felt to my kids.  JERKS.  It also makes your kids wonder about themselves, was it about them? Was it something else entirely? Small kids, big hurts. Things worked out in the end, but not without me going sideways and we will never host birthday parties like that again. It really reinforced if you have a few buddies that you connect with on a deep level, everything else is just gravy.

I got caught up in the big gaggle of friends for a while in my early 20s - it was exciting - I was a late bloomer and we had some amazing times.  As you get older, it goes back to that core group of people that are like your extended family that you chose that you end up having time to connect with that get you on a level that most people don't.

So, I will work more magic to try to capture some of the reads that have kept me busy, if only because they provide some kind of framework and pacing to my year.

Kids passed their school years, and concussions still suck.  We do not understand nearly enough about our brains, and how to properly treat brain injuries. Our lives have changed because of concussions. What we have been through in the last seven months makes the other concussions pale in comparison.

Lily and the Octopus 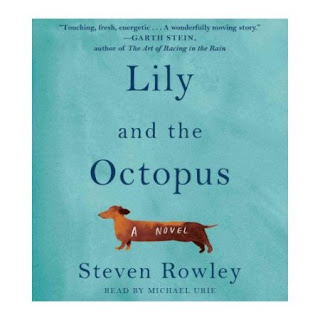 This was a book I picked up because I was out of books! The cover caught me, and it seemed that all the author comments on the back of the book were from author's that we had read for book club.  How can you go wrong?

This was a lovely and different book.  The Octopus was a way to avoid calling a cancerous lump, cancer.  It is about life moving forward through those moments that you would like to stall (aging pets) and about finding a mate, and loss, and friendship. It is a quick read, a little different, a little whimsical. I would have to admit there is one section that really threw me off a bit, but I survived.

I feel I should mention I am currently getting mauled by cat.
Posted by Kazzy at 11:43 PM No comments: 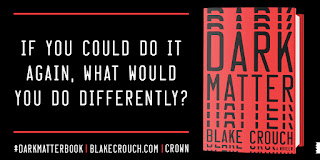 I liked this, I am sure I did.

I am drawing a bit of blank in this moment to capture how I really felt.

Okay, maybe it is coming back to me now... interesting book.  What happens if there are multiple versions of the universe that are created as we make landmark choices in our life, and what if we discovered a way to access those different versions of our life, or a different version of us wanted our life and hijacked what we have? Definitely a bit mind bending.  Perhaps my June brain appreciated this, but didn't delve that far in to the consequences of it.
Posted by Kazzy at 11:48 PM No comments:

The Court of Lions 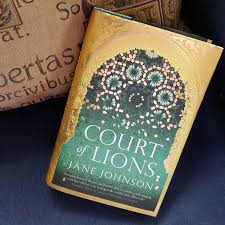 Ah. That one book by an author that changes your relationship with them.

I loved the Tenth Gift when I read it years ago..  and then ended up with a copy of the Salt Road.

I understand we all create a niche, but this one just went a bit far in a few places and I found by the end, the story lost me.

Some of the history was interesting, but the interwoven story this time just didn't do it for me.
Posted by Kazzy at 11:52 PM No comments:

Kazzy
The Left Coast, BC, Canada
A woman with many hats - wife, mother, daughter, friend, coworker, crazy loud person with bizarre sense of humor, friend of the environment, confidante, gardener, avid reader, just trying to find my path through this world...what else?